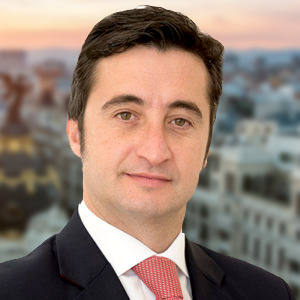 Sebastian boasts more than 18 years of work experience, encompassing a 11-year tenure as an Investment Banker / Private Equity professional and seven years as CEO. He is currently a Partner with MOIRA Capital Partners, where he joined in 2017.

Sebastian started his career in 2000 as an analyst with Citi in the Corporate Finance division. At Citi, he advised primarily large corporations on sell-side and buy-side mandates. In 2002, he co-founded 360 Corporate Finance, one of the leading independent M&A advisors in Spain operating in the mid-cap space. While at 360 Corporate, he participated in some of the largest transactions in the 2002-2010 period, mostly involving Private Equity funds and listed companies.

From 2010 to 2014 and at the age of 33, Sebastian moved to the Canary Islands to join Fred. Olsen, a €100m-revenue fast ferry carrier in the islands, as CEO, where he completed a major restructuring of the company amidst a severe economic turmoil. During his tenure in Fred. Olsen, EBITDA jumped from €9m up to achieve its best results ever at €20m, despite crisis-hit demand and skyrocketing oil prices negatively impacting the company’s performance. He then moved on to run Oneworld Packaging, a start-up venture manufacturing sustainable packaging owned by Private Equity fund JZ International.

Sebastian holds a bachelor’s degree in both Law and Business Administration from ICADE, and an MBA from the University of Chicago Booth School of Business, where he graduated with High Honours (top 5% of his cohort).